Italy is full of history and one historic landmark in many of the towns across Italy is the town’s Duomo.  A duomo is a term for a cathedral church.  The architecture of these buildings is marvelous and is a perfect subject for HDR photography.  I have three photos that I thought were good examples, two outside and one interior of three different Duomo’s in Italy. 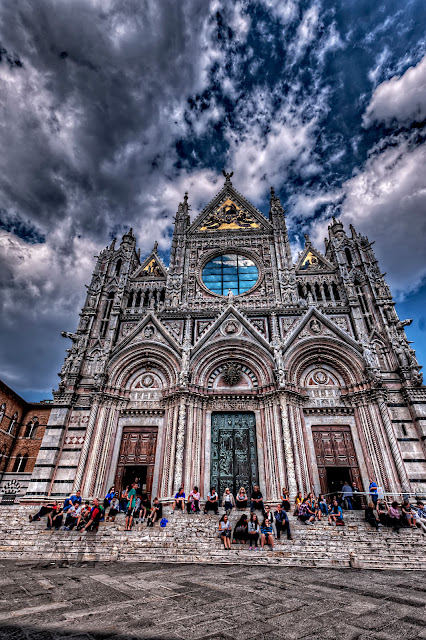 The Cathedral of Siena was was originally designed and completed between 1215 and 1263 on the site of an earlier structure.  The cathedral is constructed of white and greenish-black marble in alternating stripes.  Black and white are the symbolic colors of Siena, etiologically linked to black and white horses of the legendary city’s founders, Senius and Aschius. 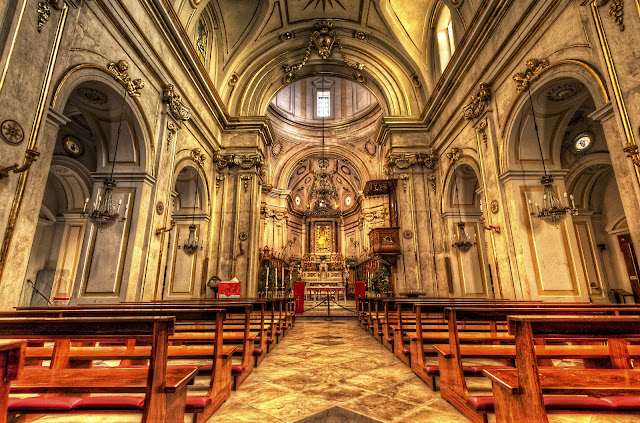 The Church of Santa Maria Assunta in Positano is in the heart of the city near the town’s famous beach.  The church’s colorful majolica tiled dome is one of the town’s iconic symbols, its intricate pattern of yellow, green and blue tiles shining against the blue sky and Mediterranean Sea.  The church was orginally built in 1480 with the facade being redesigned in 1776. 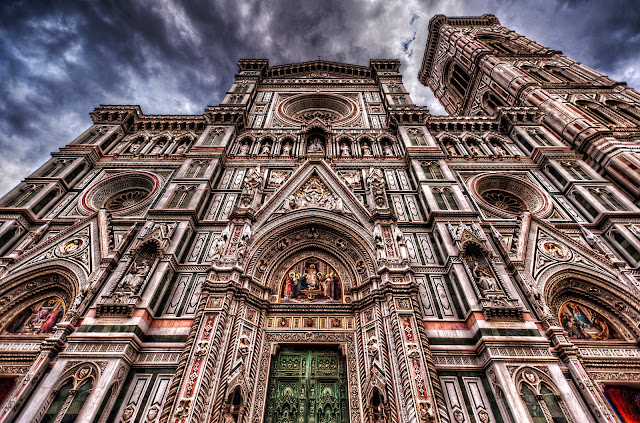 Perhaps one of the most famous Duomo’s (with Milan’s) is Florence’s Basilica di Santa Maria del Fiore.  It was started in 1296 and completed in 1436.  The exterior of the basilica is faced with polychrome marble panels in various shades of green and pink bordered by white and has an elaborate 19th century Gothic Revival façade by Emilio De Fabris.

These buildings have such grace and beauty standing in such historic towns.  The details in each one is immaculate and I suggest visiting them in each town you visit in Italy.